At 19th of June 2011 part of the Monument of Solviet Army in the centre of Sofia was painted from unknown artist(s) during the night. The bronze soldiers were painted as comics heroes + Ronald McDonald. The media exploded and many citizens came to see the unusual art. There were very different opinions about it.
Some people were excited and many were taking pictures in front of it. It became an impermanent tourist attraction. The others completely speechless from this act of vandalism. It didn’t last long due to the lack of sense of humor of the politicians – the next day the paint was cleaned with steam guns with the support of the police.
My understanding of this act is that the painter most probably wanted to show the different directions of the politics of Bulgaria. During the communist times (until 1989) Bulgaria was firmly connected with the Soviet Union. Nowadays the government tries to please the United States. 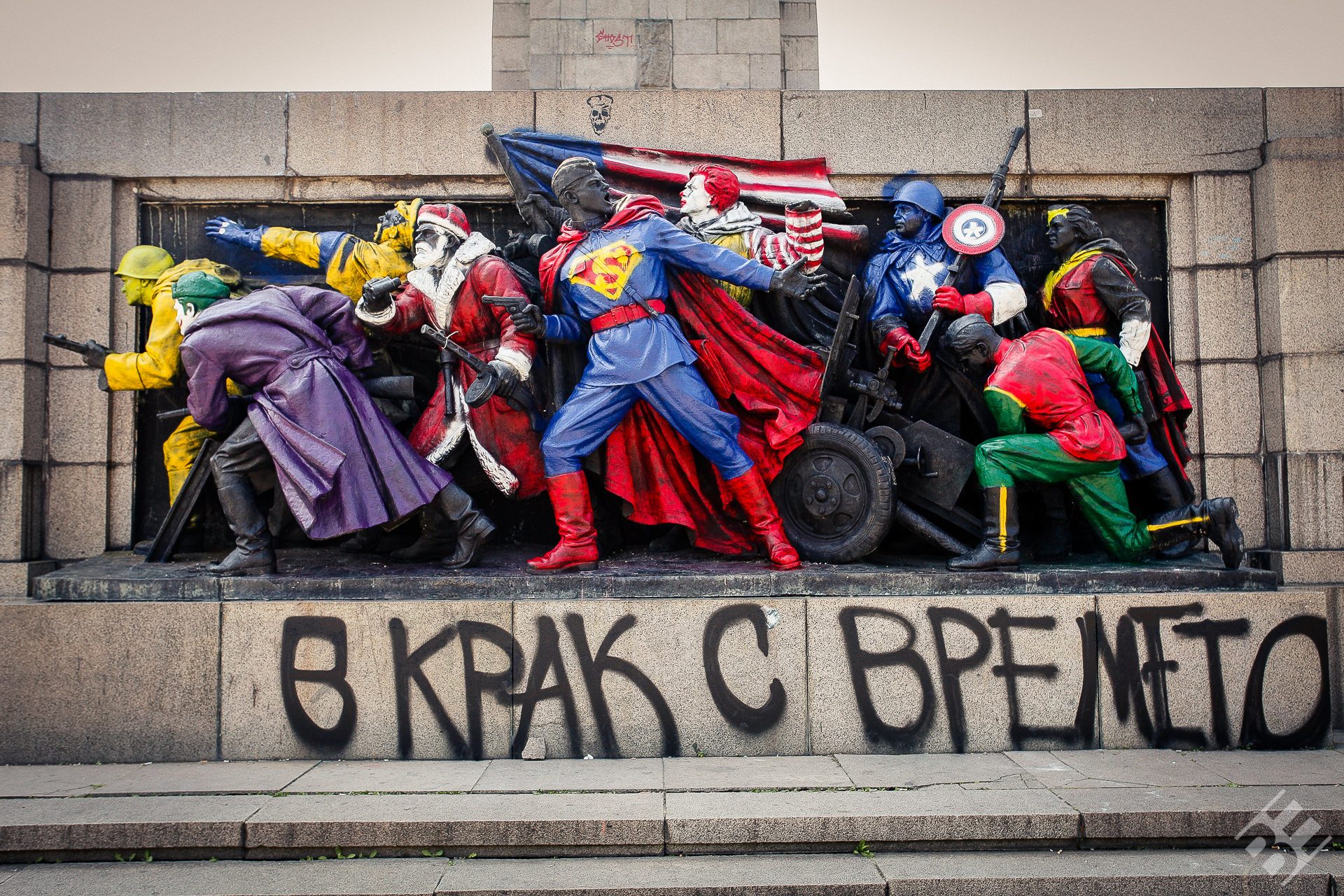 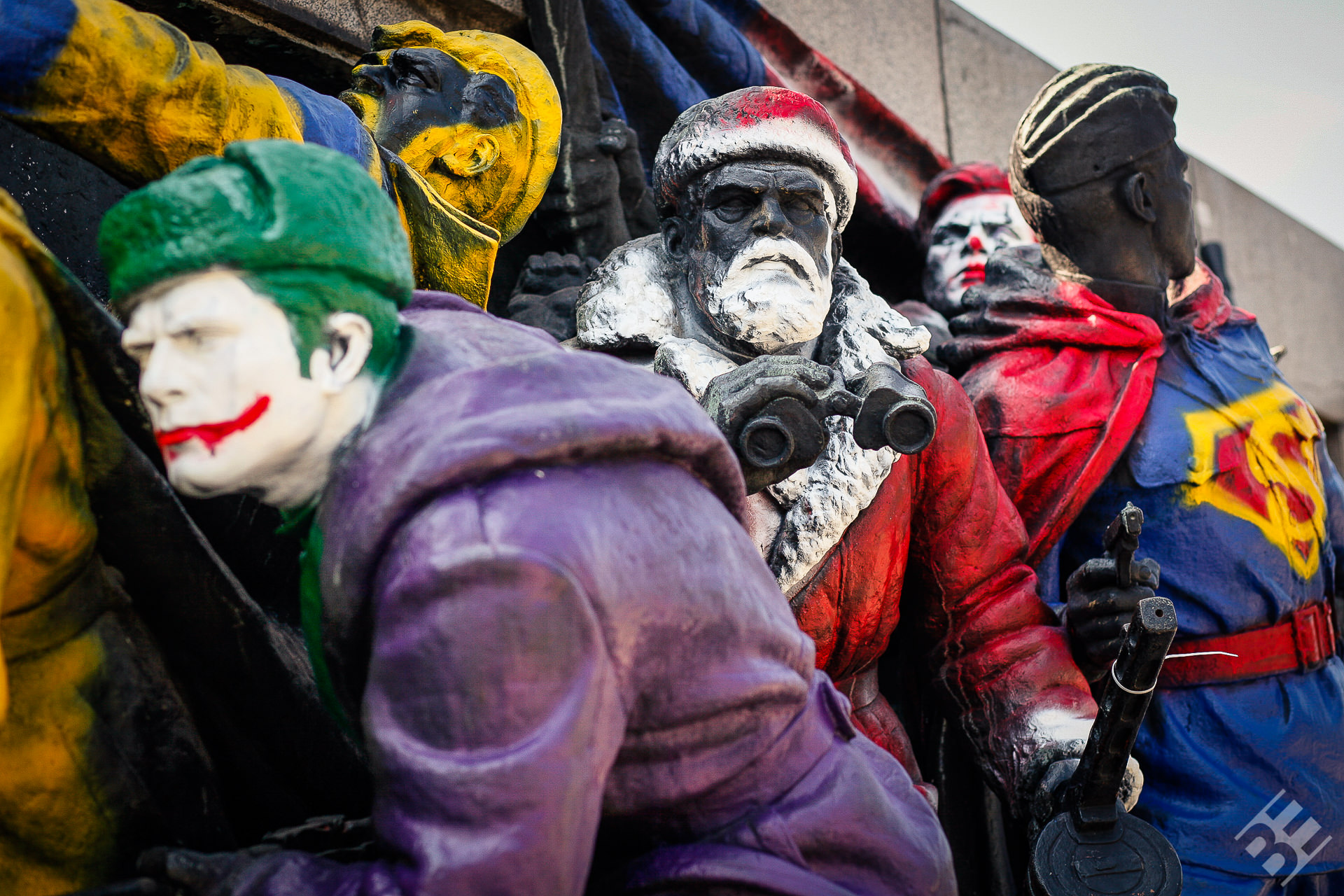